Check out this Father’s day brew kit. It’s part of the Ales for ALS program. A few months ago I was trying to decide what I wanted to brew and when I saw a kit with the Ales for ALS logo, I knew I had to do it. Cheers, this one is for you Rachel! – Cookie

The first thing I knew about Cookie was that he had a tattoo. At least, that was the rumor going around our study abroad group as we prepared to leave our college and head to Russia for the summer. At 19 years old, I thought a tattoo meant Cookie must be a pretty tough guy, so when we ended up on the same plane, I was a little nervous. I quickly found out, though, that he lives up to his nickname. One the first leg of our journey from NYC to St. Petersburg, we had not slept for at least a day, and he was still in a good mood, laughing and making friends under the brutal fluorescent lights of the Frankfurt airport. I don’t think I ever really let him know how much I liked him – I was pretty shy – but he always lightened the mood, and that was important when traveling with a small group in blistering heat.

I still remember everyone leaning against a giant statue in Novgorod, hoping for some shade and whining loudly. Cookie pointed out that all the shade was under the trees, but we ignored him and stayed on the path. He shrugged his shoulders, strolled across the lawn of the cathedral we had just toured, took off his shoes, and threw back his head, opening his arms to enjoy the cool shadows. I took a picture of him and remember thinking, “What is so scary about taking off my shoes, walking off the path?”

I’m on the far right, and Cookie is the guy in the blue shirt. Fun fact: I married the blonde man next to him a few years later. Peterhof, Russia – 2006

Overheating on a trek through Novgorod, Russia – 2006

That sums up who Cookie is. I have remained friends with him for ten years and although he lives far away, he has been unwavering in his support of me as I battle ALS, so although I was surprised to get the message about Ales for ALS from him today, I really shouldn’t have been. He is a true friend, and I am so grateful that despite time and distance, he is on my team.

Today, I learned though Cookie that Loftus Ranches and Hopunion created Ales for ALS to support ALS research:

“They have offered participating brewers access to a proprietary hop blend, free of charge, in exchange for participation in Ales for ALS™. Each brewer will brew special beers with these hops and will donate a portion of the sales to ALS Therapy Development Institute, the world’s leader in ALS research” (http://www.alesforals.com/).

Cookie had a great time brewing and listening to his favorite Russian brewing song. He has more than done his part. Now let’s do ours. Either brew some Luckiest Man Pale Ale for yourself, or find a participating brewer near you, gather some friends, and beat the heat with Ales for ALS! 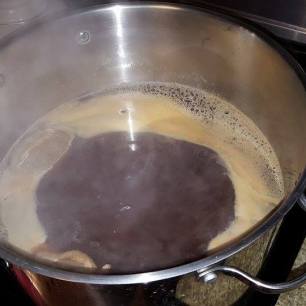 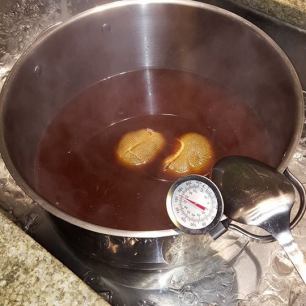 My name is Rachel. When I was diagnosed with ALS at age 28, I lost my teaching career, my plans to travel, and the chance to start a family with my husband. I lost my future. I almost lost hope, but being surrounded by so many people unwilling to let me go helped me step back from the edge. Now I am determined not to let a day go by without fighting for my life. Follow me to learn about ALS and join the fight to defeat it!

Follow How I Live Now: Life With ALS on WordPress.com